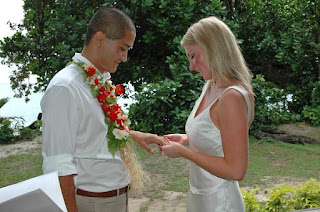 Saying 'I do' on the island of Qamea, Fiji

It is three years to the day since I married my best friend and soul mate. To say that it has been the best three years of my life would be the understatement of the century. It's like saying that we need air to breathe. Well, duh!

Actually, it's been the best four and a half years of my life...we have been practically inseparable since we first met. We could spend every minute of every day in each other's company, and we would never tire of one another. That's saying something.

I have never locked eyes with another human being for the first time and felt the universe slow, and time lay down and be still, as I did with my husband. It was one of those profound moments where you know that life will never be the same. There was an innate awareness that we were just meant to be.

Life has never been better, but we have certainly had our fair share of hard times and heartbreak. Whenever the universe sends some crap our way, my husband jokes that it's because he used up all his good luck when he found me :) 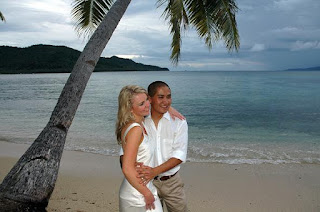 I could gush for days about how Anthony is the perfect husband, and the perfect father. But it's already taken me a week to write this much...the damn pregnancy hormones must be in overdrive because I get choked up and have to type through the tears every time start to think about him!

So, without any further gushiness...

I love you more with every breath, darling. Life without you would just not be worth living!

As a perfume doth remain

In the folds where it hath lain

So the thought of you, remaining

Deeply folded in my brain

Will not leave me: all things leave me:

Posted by Belinda Saville at 12:55 PM

Thank you so much for taking the time to leave me a comment!