I had never 'engineered' a piece as complex as this before, so it was a challenge on many levels but I thoroughly enjoyed (almost) every stitch. During the construction of this necklace, it became apparent how little I really knew about beadweaving. The learning curve has been steep, but satisfying. And the end result is a piece I can be proud of:
Symphonie de Tulipes
(Symphony of Tulips) 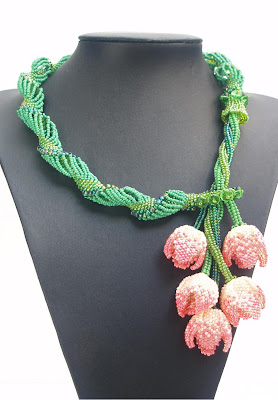 My 'Symphony' contains no less than six different beadweaving techniques...four of which I had never tried, and had to learn for this challenge:

The necklace can be worn a number of different ways, thanks to a tubular peyote loop which slides up and down the tubular herringbone 'stems'. As above, or like this: 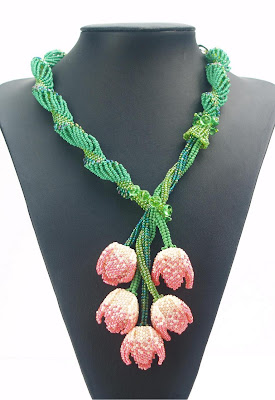 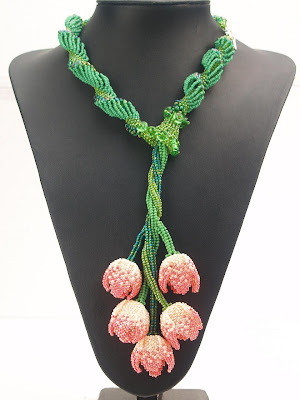 The entire piece laid out: 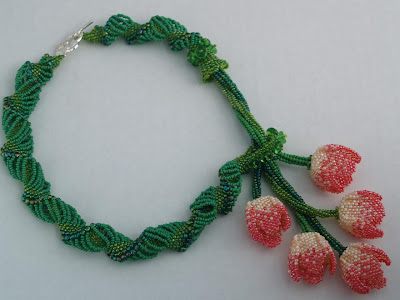 I spent many hours working on the design of my tulips. The jury is still out on whether they actually resemble tulips, but I'm fairly pleased with the end result as it was my first attempt creating dimensional flowers. I had fun experimenting with colour graduation, each tulip contains three different shades of seed beads. No two tulips are the same...each petal is different! 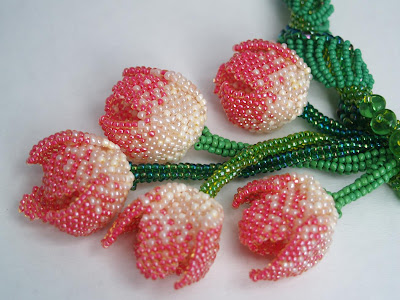 A close-up of the tubular peyote loop: 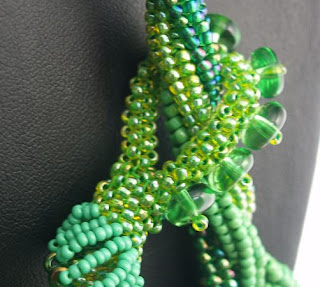 And the herringbone 'bell': 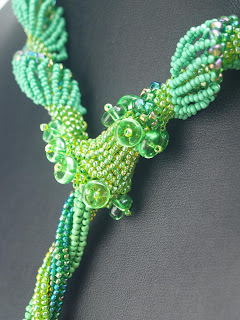 I was planning on making a beadwoven clasp, but simply ran out of time. Instead, I tapered off the dutch spiral ends using peyote stitch, and used a simple silver clasp. Voila! 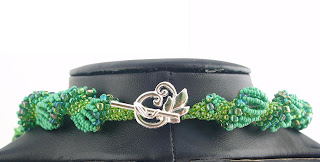 If you managed to make it through all of those photos, you deserve a gold medal! Thanks for looking :)
Posted by Belinda Saville at 8:26 PM

Thank you so much for taking the time to leave me a comment!